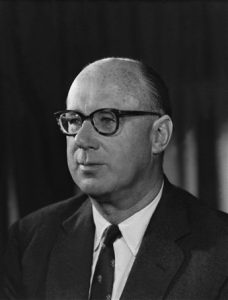 At the end of the Second World War, Hong Kong lived up to its description as “the barren island.” It had few natural resources, its trade and infrastructure lay in tatters, its small manufacturing base had been destroyed and its income per capita was less than a quarter of its mother country, Britain. As a British colony, it fell to a small number of civil servants to confront these difficult challenges, largely alone. But by the time of the handover of Hong Kong to China in 1997, it was one of the most prosperous nations on Earth. By 2015 its GDP per capita was over 40% higher than Britain’s. How did that happen?

Around the world, post-war governments were turning to industrial planning, Keynesian deficits and high inflation to stimulate their economies. How much did the civil servants in Hong Kong adopt from this emerging global consensus? Virtually nothing. They rejected the idea that governments should play an active role in industrial planning – instead believing in the ability of entrepreneurs to find the best opportunities. They rejected the idea of spending more than the government raised in taxes – instead aiming to keep a year’s spending as a reserve. They rejected the idea of high taxes – instead keeping taxes low, believing that private investment would earn high returns, and expand the long-term tax base.

This strategy was created and implemented by no more than a handful of men over a fifty-year period. Perhaps the most important of them all was John Cowperthwaite, who ran the trade and industry department after the war and then spent twenty years as deputy and then actual Financial Secretary before his retirement in 1971. He, more than anyone, shaped the economic policies of Hong Kong for the quarter century after the war and set the stage for a remarkable economic expansion. His resolve was tested constantly over his period in office, and it was only due to his determination, independence, and intellectual rigor that he was not diverted from the path in which he believed so strongly.

This website examines the man behind the story, and the successful economic policies that he and others crafted with the people of Hong Kong.